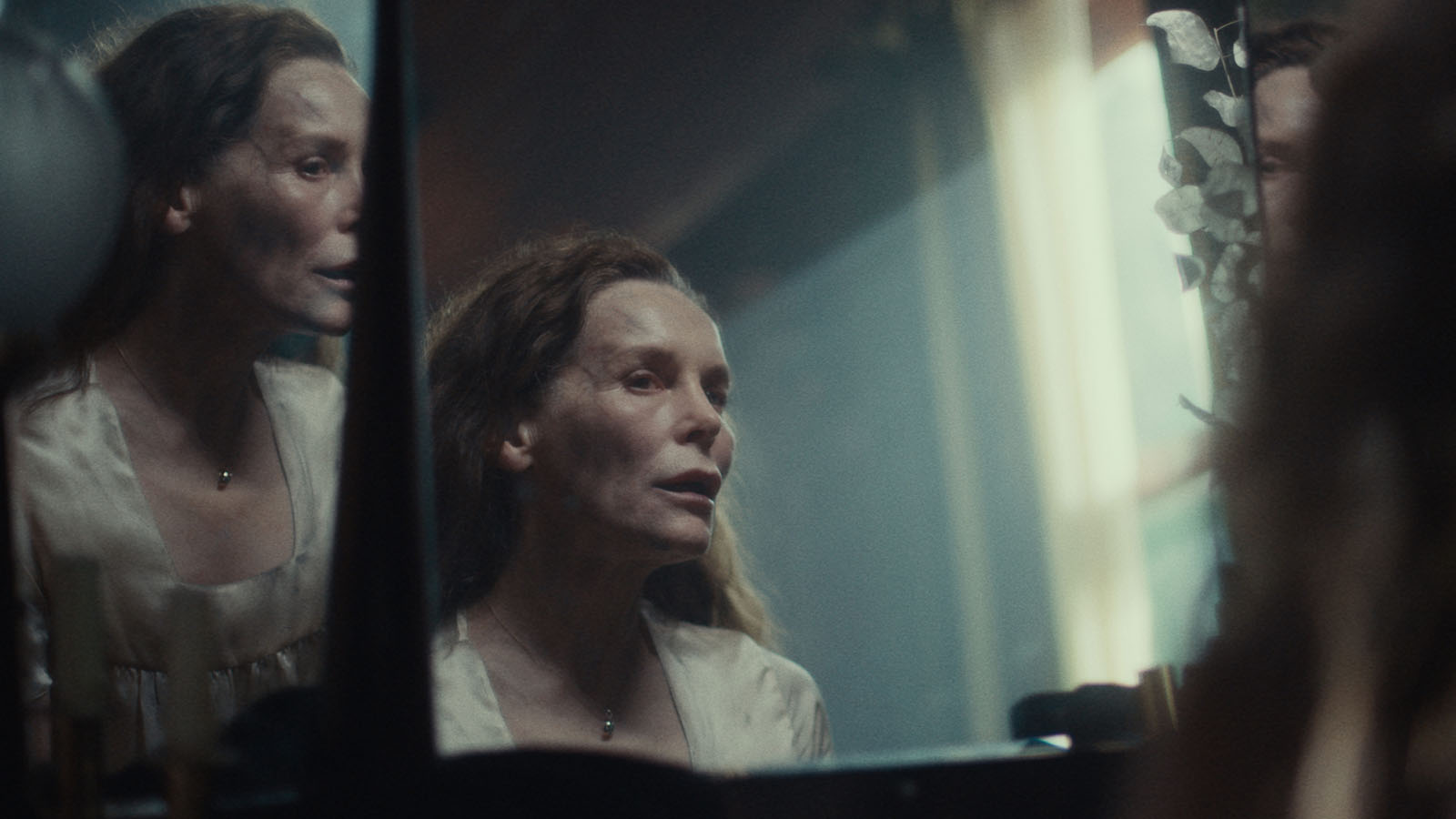 An intriguing slice of Gothic psychological horror, She Will follows Veronica Ghent, an aging, high-maintenance, pill-popping ex–movie star recovering from a double mastectomy. She’s abrasive and cold, yet Alice Krige brings the captivating antiheroine to vivid life. Much as she did as the witch in Gretel & Hansel a year earlier, Krige dominates the screen here, in the complex role of a woman whose recent surgery prompts a multilayered reckoning with her sense of femininity and her bodily autonomy, while a series of nightmares and flashbacks reveal that beneath her icy exterior lurks an unresolved history of trauma. Through diegetic newscasts we learn that the film that launched her acting career at the age of 13 is being remade 50 years later by the same director, Eric Hathbourne (Malcolm McDowell), whose prolific body of work is widely celebrated despite it being common knowledge that he sexually abused Veronica during the making of the original film.

Accompanied by her hired nurse, Desi (Kota Eberhardt), Veronica heads to the Scottish Highlands where she plans to peacefully recuperate. Bickering the entire way, the two very different women train-travel by misty moonlight to a haunted-looking mansion situated on a boggy lake. But upon arrival, Veronica’s hopes for a silent retreat are upended by the presence of a group workshop, led by an obnoxious self-proclaimed “feminist” (Rupert Everett); Veronica’s presence causes an unwelcome stir among the gossiping middle-aged hippies who recognize the actress from the tabloids. 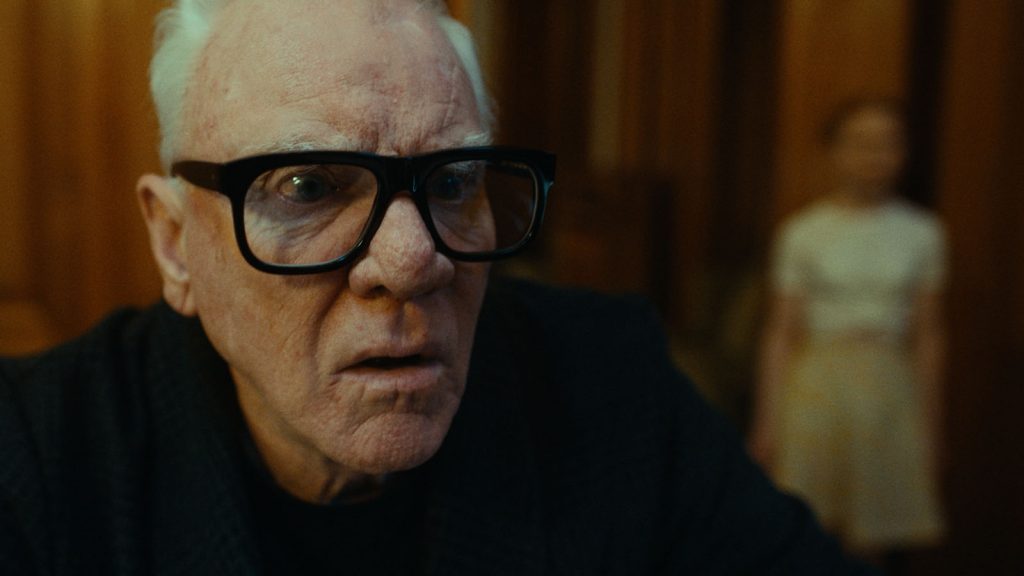 Soon after settling into their nearby isolated cabin, Veronica and Desi wander the castle grounds and discover a gravestone that marks the spot where 3,000 women accused of witchcraft were burned at the stake in the 1700s. Their ashes have since infused the earth with an otherworldly kind of curse, which will transform Veronica in multiple ways. Nightmares of her past abuse lead to delirious visions and bouts of sleepwalking in the woods, as the line between dreams and reality is steadily blurred. She begins to develop a deepening connection to the land, gaining supernatural powers that guide her toward a cathartic confrontation with her trauma.

She Will, the first feature by multimedia artist Charlotte Colbert (and “presented” by executive producer by Dario Argento), initially relies on a traditional storytelling structure, but the flashback scenes grow increasingly disjointed. While this unconventional approach helps to place the viewer directly within Veronica’s feverish experience—Colbert has stated that she intended to convey how “meaning and perspective and reality and time are all such fragile constructs that can break at any time”—it also creates too much confusion between the film’s timelines. There’s also an overreliance on ambiguous symbolism: the images of slugs, spiders, a mysterious reappearing red fox, a dead bird crawling with maggots, a stone triangle, a dancing woman, and tarot cards that are randomly peppered throughout never fully connect to the narrative in a meaningful way.

Indulgent occultism aside, She Will is ultimately eye-popping folk horror about feminine empowerment; the heroine’s mission for vengeance against her abuser is aided by the memory and remains of thousands of other women who were victims of male-inflicted cruelty. The dynamic between Veronica and Desi also factors largely into the film, as the two gradually reconcile their differences and form a mother-daughter bond. While She Will clearly speaks to the lingering emotional effects of sexual abuse, lurking beneath the surface of this feminist revenge tale is an examination of the ways in which women relate to each other, to their own innate power, and to their collective past and present place within a patriarchal world. 🩸 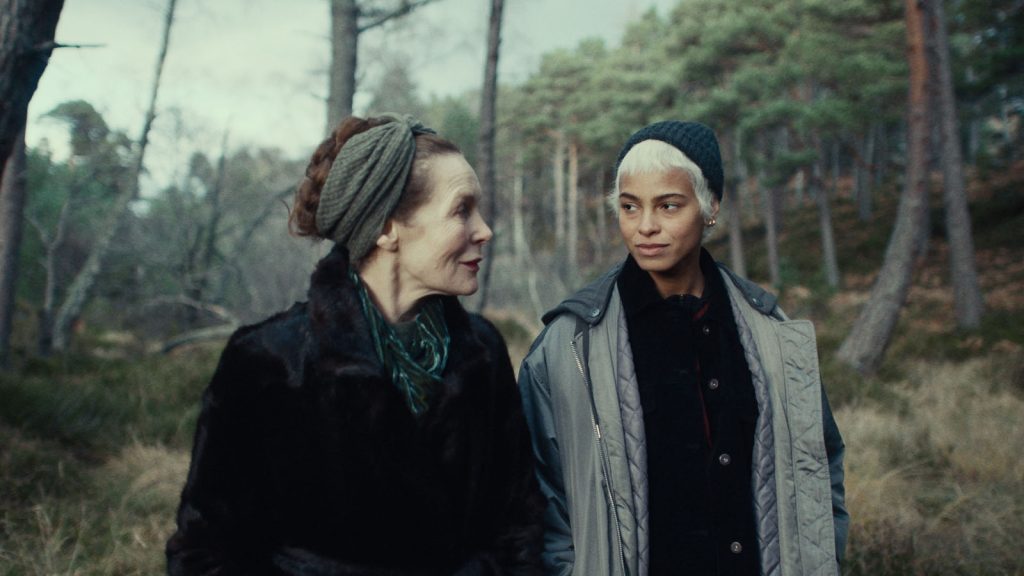 is a writer, photographer, videographer, and cinephile living in Portland, Oregon.

How to see She Will

The film was released theatrically and digitally on July 15. It is available for rental on various streaming platforms and will be on Shudder starting October 13. 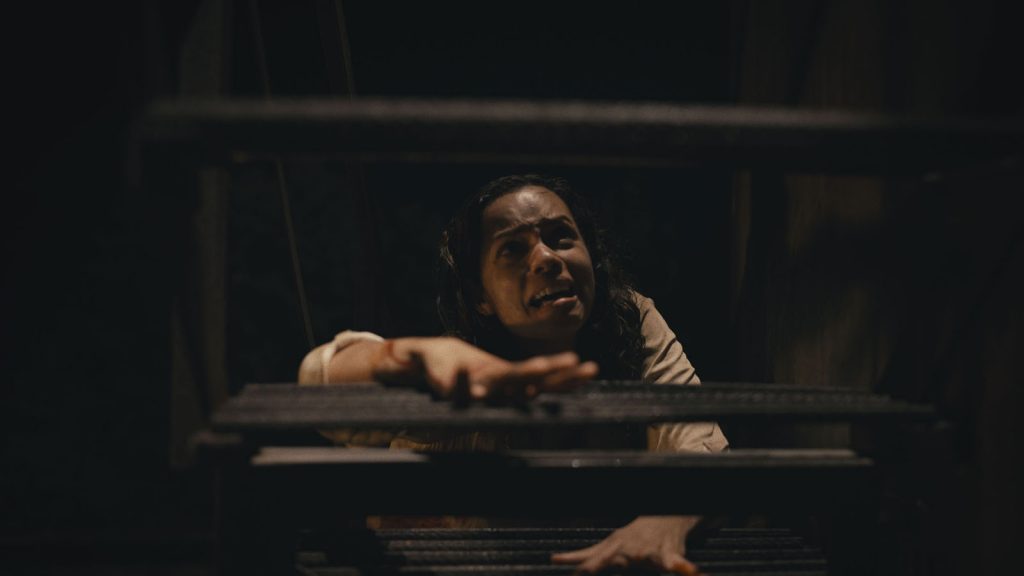 Lately, the art of crafting a subtle and captivating movie trailer feels lost. But the official trailer for Barbarian not only grabs your attention, it also manages to reveal the film’s critique of gender dynamics while keeping the main story line hidden from view. 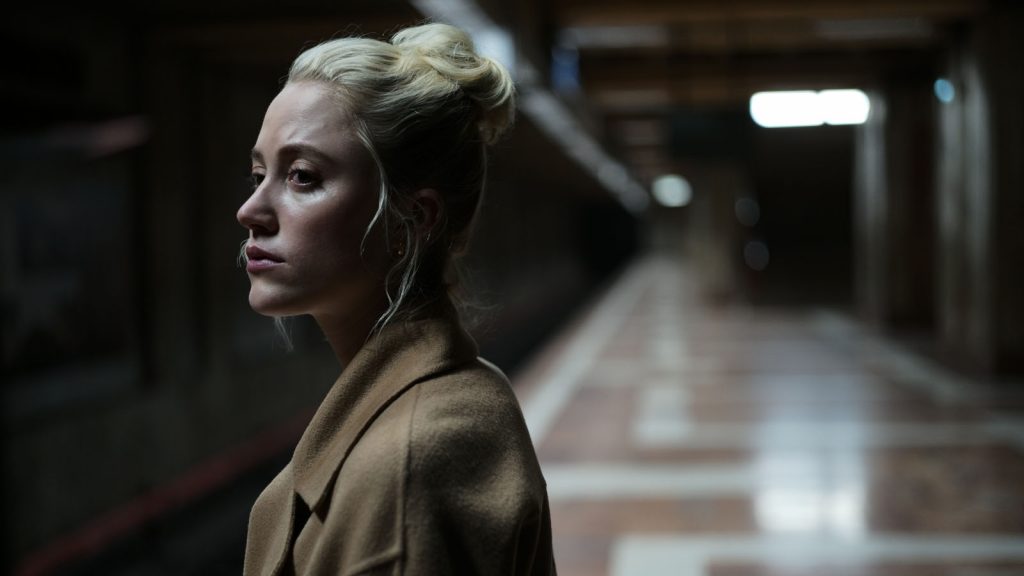 The toxicity of the male gaze has rarely been depicted on-screen with such chilling intensity as in Chloe Okuno’s debut feature Watcher. A refreshing take on the apartment thriller genre epitomized by films like Rear Window... 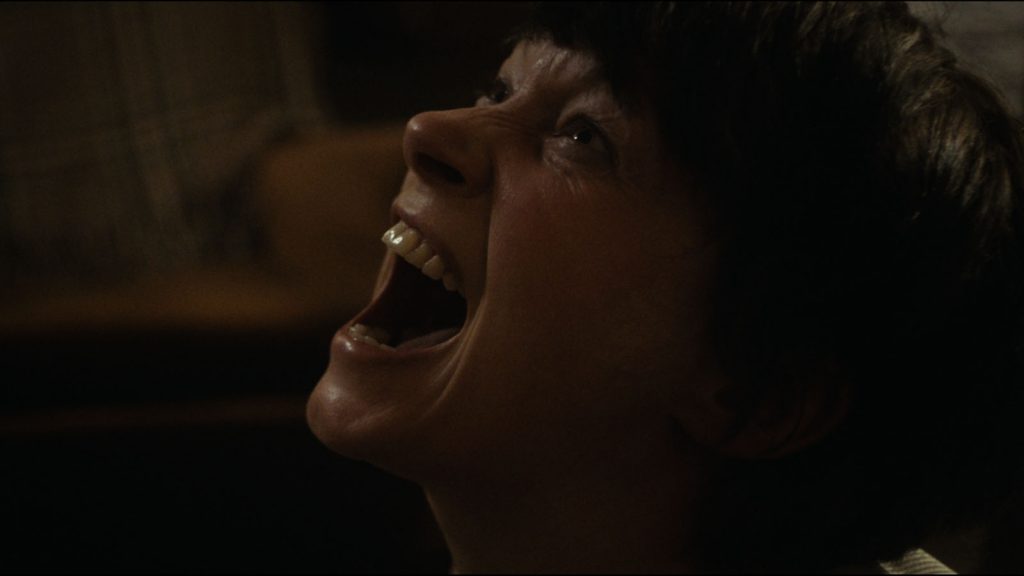