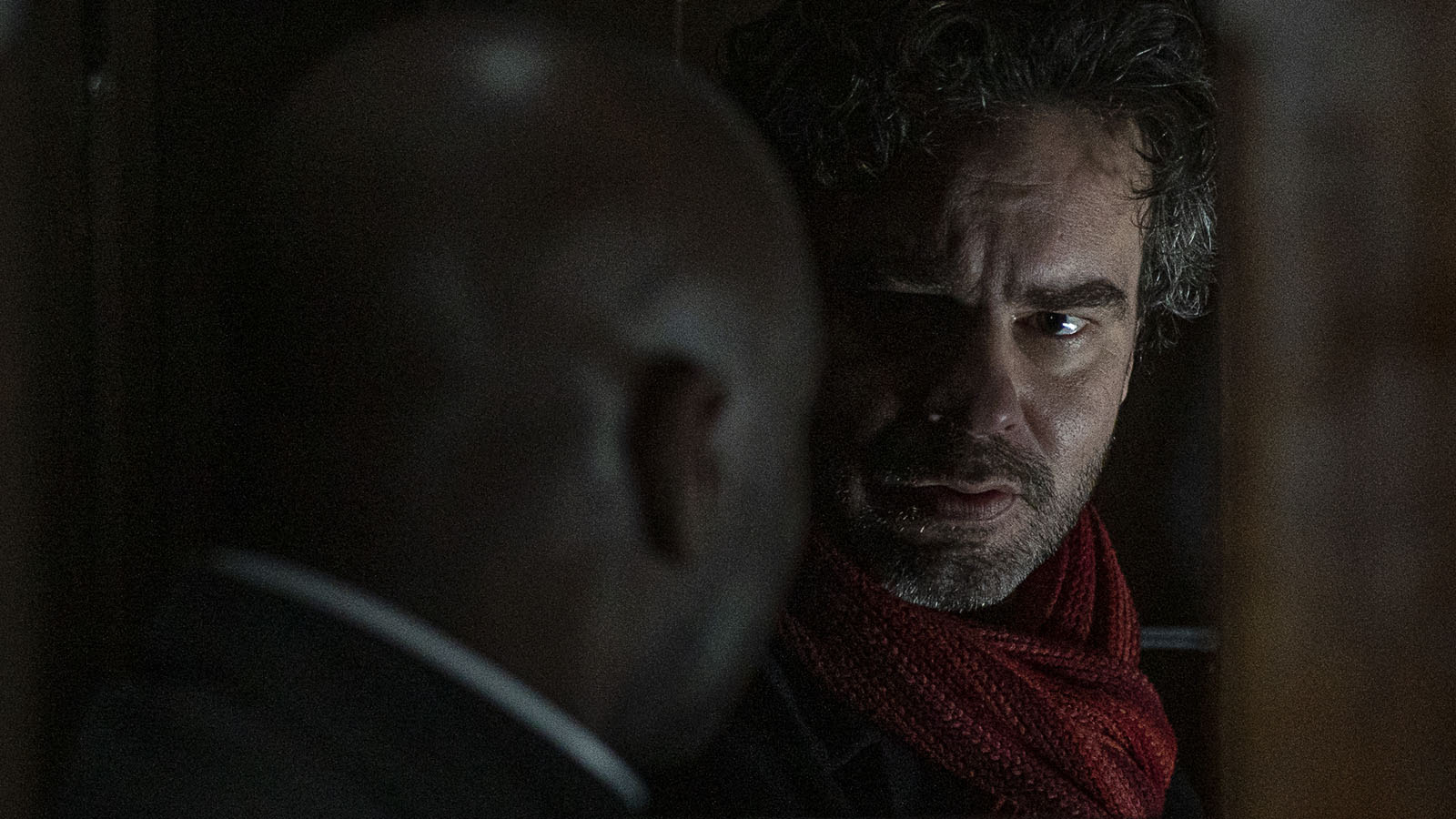 From its opening image of ocean waves stuttering slowly behind a sheet of steely rain to its final vista of human detritus turned into cosmic junk, Nr. 10 seems determined above all to enter and exit every scene in medias res. Pivoting between the quotidian and the fantastic, Dutch writer-director Alex van Warmerdam’s baffling, beguiling 10th feature—the title, at least, is straightforward—offers ongoing twists that don’t thicken the plot so much as continually redirect it.

Set in a landscape that seems largely comprised of tidily arranged prefab edifices, Nr. 10’s first act gives the misleading impression of a network narrative, introducing various members of a theater company, jumping from one potential protagonist to the next as though auditioning each character for the lead. First up is Marius (Pierre Bokma), an ornery actor in late middle age, hypersensitive to the slightest whiff of humiliation. Unable to remember his lines, he’s defensive about his waning mnemonic faculties, claiming it’s the fault of his gravely ill spouse. The next character to pull focus is Günter (Tom Dewispelaere), Marius’s somewhat younger cohort and, because he’s been directed to block Marius’s path during a scene, his apparent nemesis. After a spell with Günter, we follow the play’s imperious director, Karl (Hans Kesting), and his icy wife, Isabel (Anniek Pheifer), also an actor, who’s cuckolding Karl with Günter. Then there is Günter’s adult daughter, Lizzy (Frieda Barnhard), who turns up at Günter’s for supper one night with a disquieting medical discovery and is later seen skulking around rehearsals, clandestinely making videos of her dad. Oh, and there’s also a cabal of priests who keep tabs on Günter, watch TV, employ the services of a hit man, and aspire to embark on some next-level missionary work. 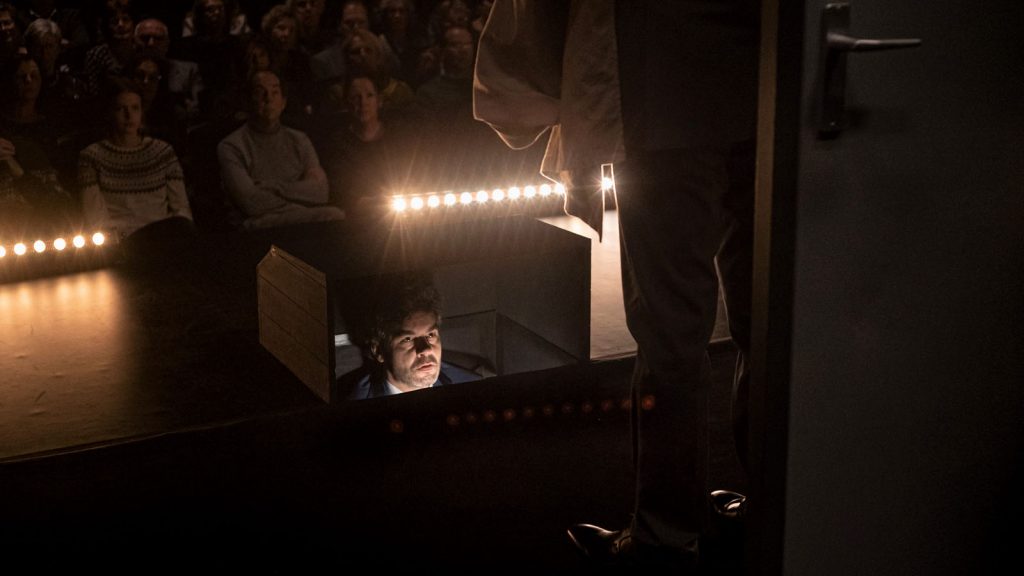 At the film’s midpoint, right around the time when his role in the play is unexpectedly downsized, Günter finally emerges as Nr. 10’s central character. He has an encounter on a bridge with a strange man who blocks his path—as though he, too, is taking direction from Karl—and mumbles something at once indecipherable and portentous. We sense a greater mystery emerging. Günter’s origins are called into question. Something that’s long laid buried is about to surface. Where the story zigzags from this point is best left to discover in the watching, but the experiments Karl undertakes with his troupe serve as thematic signposts on Günter’s journey. Actors are instructed to swap lines and actions, which, Karl takes pains to clarify, is not the same as swapping characters, because there are no characters—there are only actors, each uttering this line or that, each performing this or that action. The implied lesson is that who you are—who you think you are—is in no way fixed. Identity is ever-malleable.

Best known internationally for his equally oddball 2013 film Borgman, van Warmerdam slowly but steadily doles out scenes that feint in the direction of either horror or sci-fi: there are strange biological mutations, shocking acts of violence, hints of some awesome conspiracy. There are turning points that, if revealed, would be considered spoilers, but the film’s deeper source of intrigue and revelation might be its narrative structure, which maintains a sense of causality while never adhering to anything like a familiar pattern. Elements like camera placement and editing are more or less conventional; Nr. 10’s flamboyant strangeness is entirely a question of storytelling, which is resolute about forging its own path and, as a result, is labyrinthine. We know where we are at any given moment, but we’re hard-pressed to know where the hell we’re going next, right up until the film’s final moments, which leave us not with anything resembling resolution, but with yet another chilling development, one more piece of an immense puzzle whose entirety remains tantalizingly beyond our comprehension. 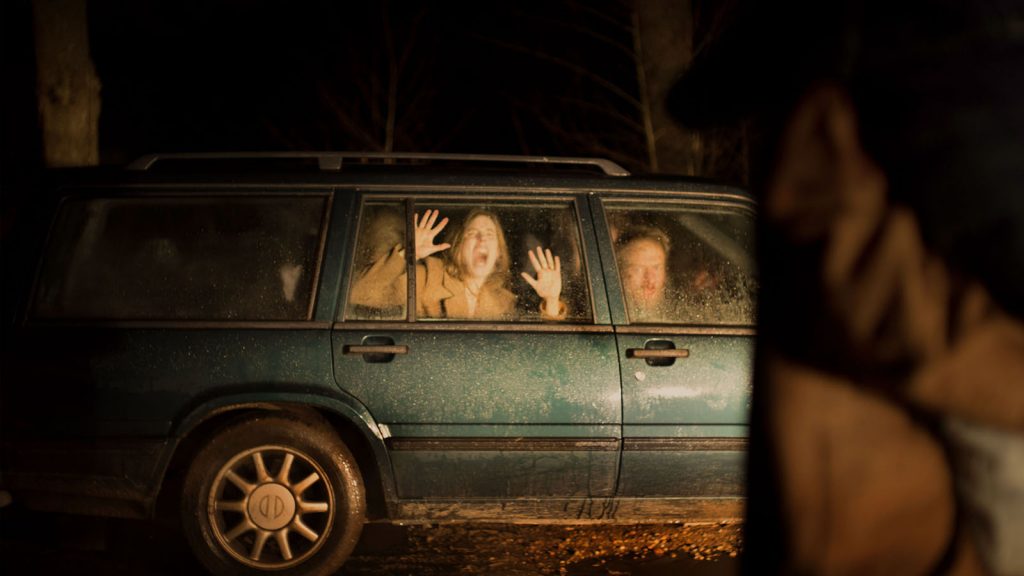 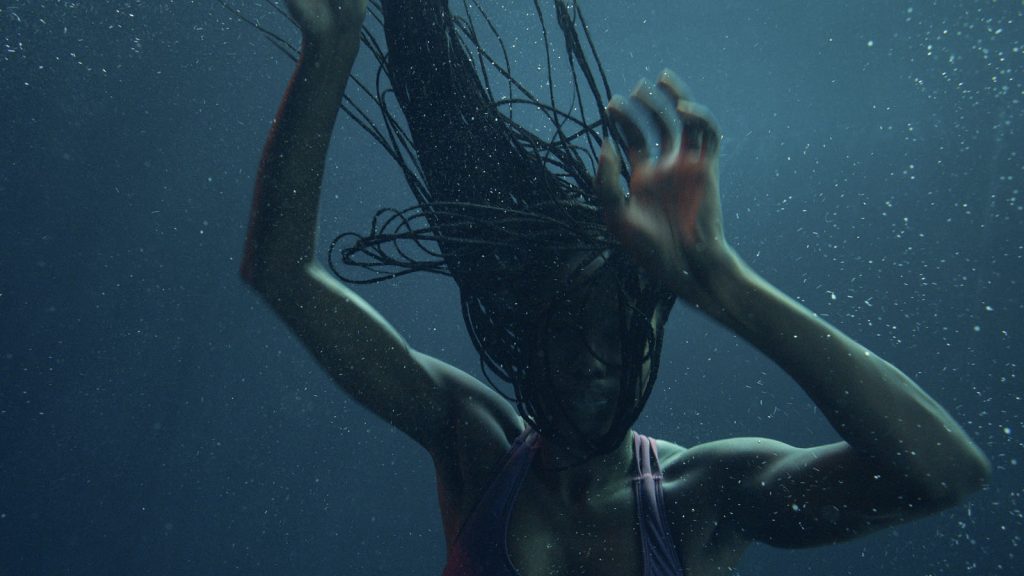 Nanny begins with Aisha (Anna Diop) asleep. Shadows, undulations, and a spreading dampness affect her bedclothes, while a spider makes an entrance just as Aisha wakes with a start. It’s as though a tiny aperture has opened between... 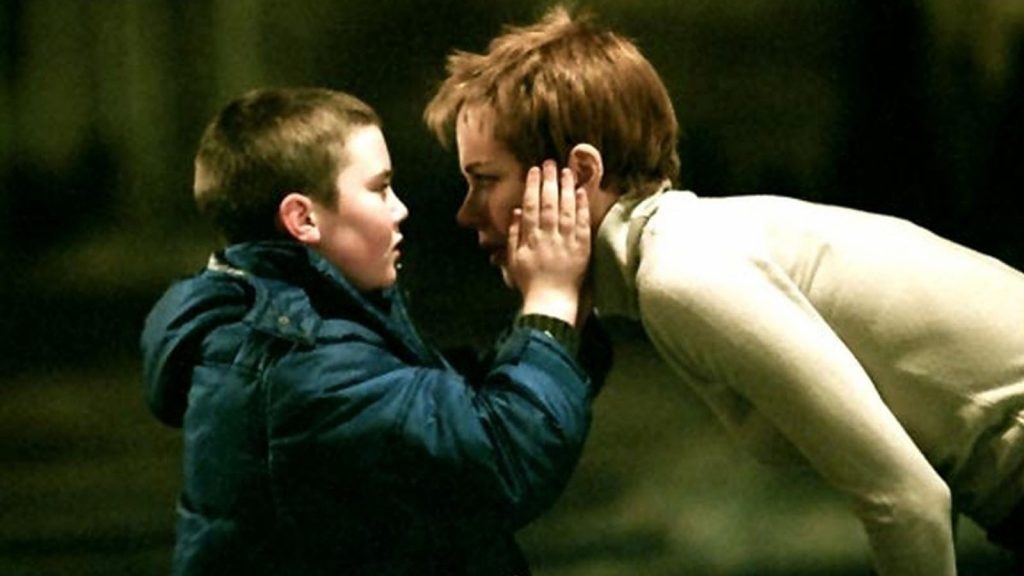 The camera floats just a little behind and a little above the figure of a man running through Central Park. In this, Birth’s overture, we seem to observe the running man from the perspective of Death itself...