Like a full moon, An American Werewolf in London transformed a young horror director-to-be. 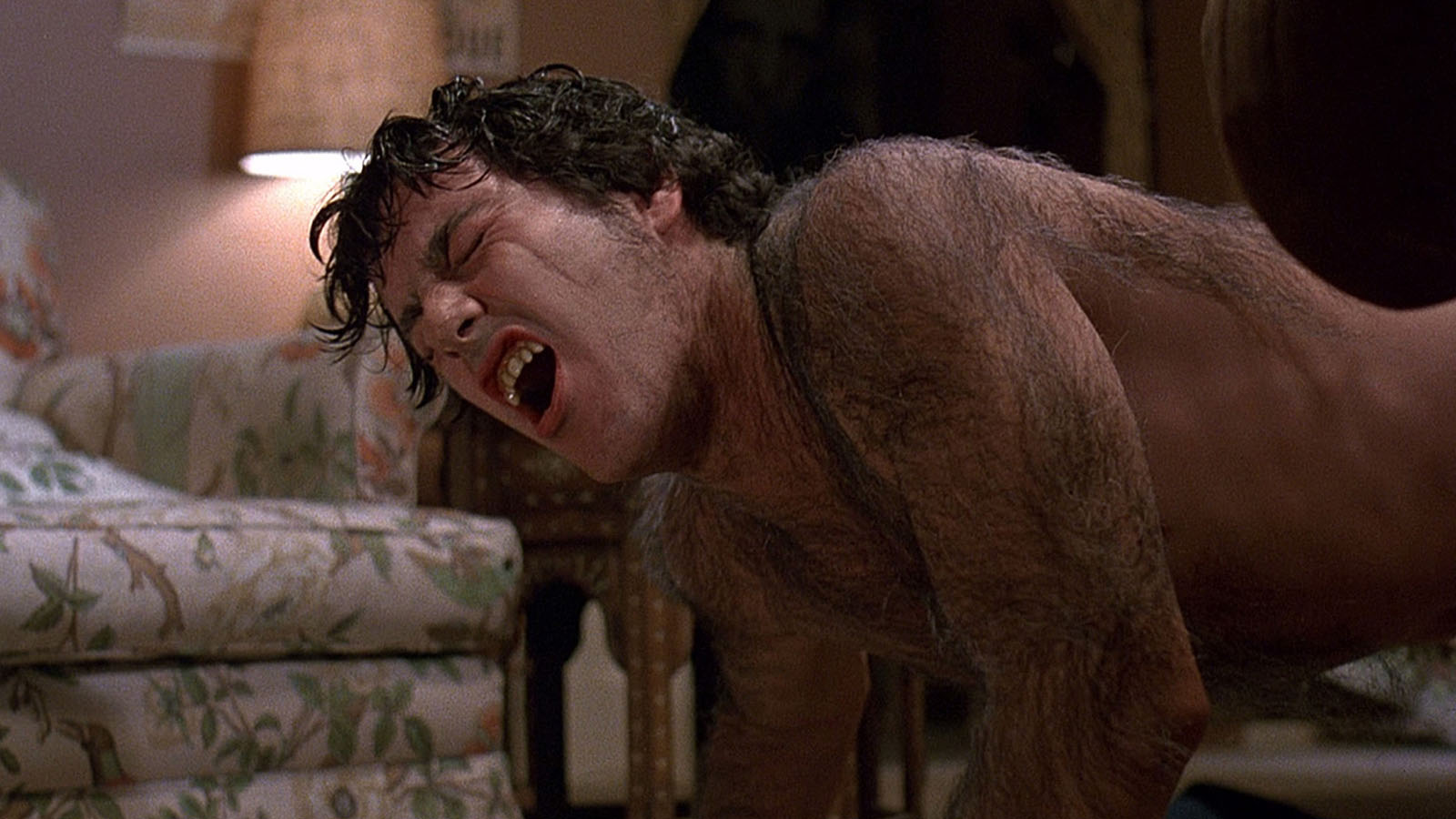 Despite all the Universal, Toho, and Hammer monster movies I’d been introduced to on Channel 48’s Creature Double Feature, nothing had prepared me for the moment when a friend’s older brother popped in a VHS copy of An American Werewolf in London at a sleepover. Huddled around the TV in the darkened den, none of us wanted to be the first to admit we were terrified. Instead, in a ritual that would continue over the next several years, we all professed to be excited and assured each other we’d seen much scarier films.

Just one year before, my friends and I had witnessed the melting faces of the Nazis in Raiders of the Lost Ark, but as powerful as that moment was, the werewolf mutation in John Landis’s 1981 film had an even more primal impact on our imaginations. We’d seen the damage the creatures roaming the moors had done to the two backpackers early in the film, but then we’d been stuck in a cramped hospital room while our protagonist recovered and tried to recollect exactly what had happened on that fateful night. 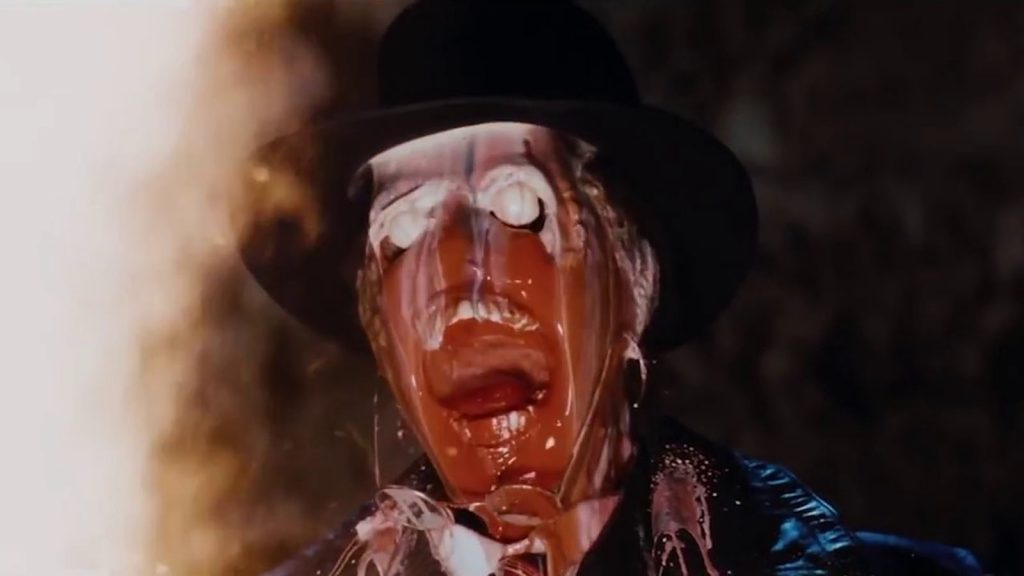 Surprisingly, I don’t remember any of us being bored by the film’s slow boil, despite our being jacked up on soda and pizza. Instead, a growing unspoken unease mounted as Landis made us wait until halfway through the film for our backpacker-turned-werewolf to confront his first full moon. The transformation is painfully visceral: hands extend to reveal claws, the jaw elongates as fangs protrude, the spine extends and curves. Perhaps most memorable is the hair poking out through follicles until it is dense enough to form the werewolf’s fur.

Had my friends and I known that there was such a thing as the Academy of Motion Picture Arts and Sciences, and that the first-ever competitive Oscar for Best Makeup was set to be awarded that year, we definitely would have mailed in letters to campaign for Rick Baker’s amazing work. Fortunately, he didn’t need our help, deservedly winning that inaugural award and then landing the proverbial one-two punch by reteaming with Landis on Michael Jackson’s music video Thriller two years later. Thinking back to those projects, it’s hard to overstate just how fresh and different they felt at the time.

As I’ve already mentioned, my frame of reference for all things monster-related had always been Creature Double Feature. It’s hard to remember all the titles, but the pantheon included everything from Dracula, Frankenstein, and The Mummy to Godzilla, Gamera, and The Blob. The makeup and effects in those films were amazing, but I don’t think I’d ever felt the physicality of the human-to-monster metamorphosis as powerfully as I did that evening watching An American Werewolf in London for the first time. The crunch of bones resetting as a human skeleton contorted into that of a quadruped haunted me for weeks. 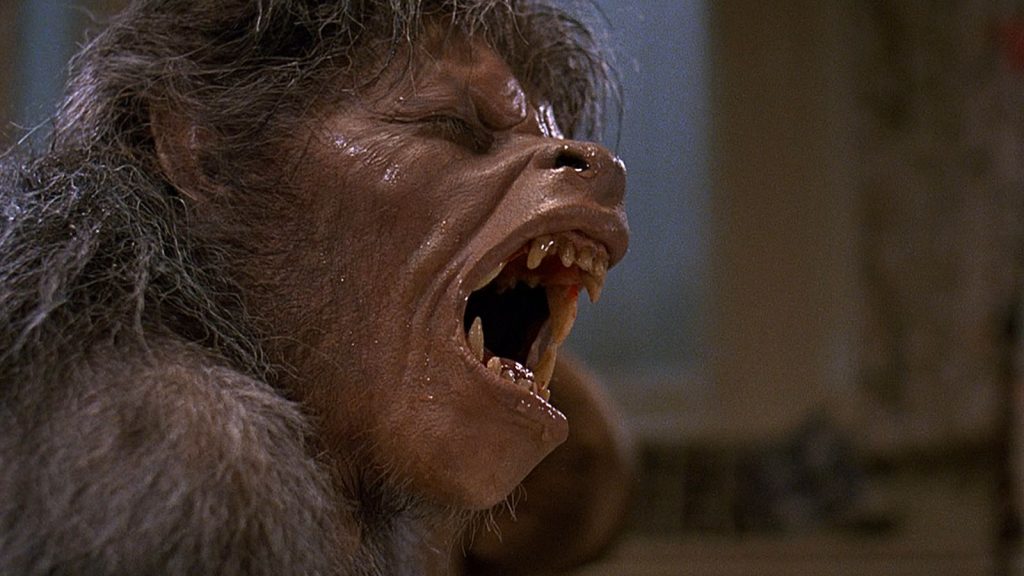 Though I never made the connection until now, it’s interesting that Creature Double Feature aired on Saturday afternoons after a morning of cartoons. As best I can remember, my weekend ritual involved a morning of The Jetsons, The Flintstones, and Hanna-Barbera’s Laff-A-Lympics and Super Friends, followed by an hour or so to eat lunch before Creature Double Feature started. That early juxtaposition of cartoons and monster movies probably planted the seeds for my love of both laughs and scares, creating a blurred composite memory populated by everyone from Fred Flintstone and George Jetson to Mothra and King Kong.

Of course, balancing humor and horror in the same film is never an easy task. Countless titles relegated to the $2 bins at your local supermarket or drugstore are evidence of just how difficult this alchemy is to achieve. Landis, however, pulls it off brilliantly, disarming the viewer with the witty banter of two young backpackers before unleashing unsettling moments of intense gore. I remember my friends and I laughing at the absurdity of the first visit to The Slaughtered Lamb pub, the bumbling detectives, and Griffin Dunne’s undead character asking for a slice of toast despite having a mangled, exposed windpipe.

I think the main reason why An American Werewolf in London has stuck with me all these years, though, boils down to a single creative choice Landis made as writer-director: to present a rotting, reanimated Griffin Dunne as a recurring presence in our protagonist’s hallucinations and dreams. The tone starts light and witty, with the physical decay of the werewolf’s undead victim presented as Grand Guignol at its best, but then Landis begins to allow him into the second backpacker-turned-werewolf’s psyche, a reversal that leads to the monster now being haunted by its own cursed bloodline.

A werewolf haunting London while himself being haunted by the wisecracking undead… my friends and I were completely enthralled by this turn of events. We’d felt earnest empathy for King Kong or Godzilla, but we’d never felt such a potent cocktail of emotions—laughter, horror, revulsion, and empathy—as we did watching Griffin Dunne push our protagonist toward the film’s ultimate conclusion. The version a horror filmmaker other than Landis might have created is easy to imagine, with a decomposing corpse haunting his friend with earnest intensity and dread, but it would have been far less effective.

In many ways, the film remains a touchstone that reminds me of just how powerful and cathartic the interweaving of comedy and horror can be. Just as the darkest scenes seem darker when a point of light is placed somewhere in the frame for reference, the scariest moments become more impactful when they’re interspersed with moments of humor. As I lay on the floor of the den, watching a movie in the dark with friends, my lifelong love of horror films was confirmed—especially for the films that try to expand the limits of what a horror film can be. 🩸 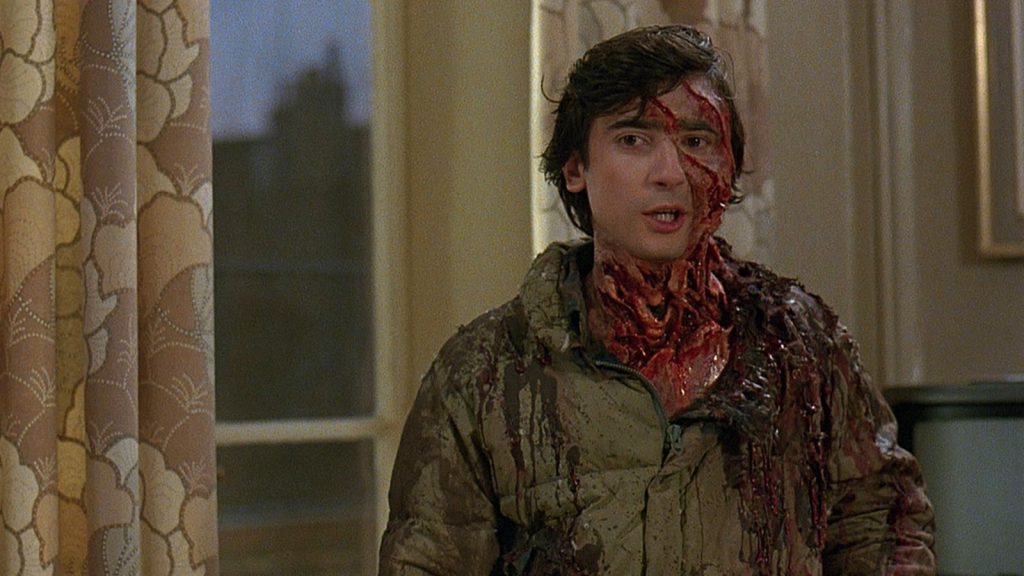 has directed the films Anamorph, starring Willem Dafoe, and Occupant, as well as an episode of the TV show Bar Karma, which features Sonja Sohn undergoing a trepanation procedure (the practice of drilling a hole in the skull). While Miller’s projects have involved bodies being dismembered, disemboweled, and impaled, his first feature was a comedy, Late Watch.

How to see An American Werewolf in London

The film is also available on various Blu-ray and DVD editions.​ 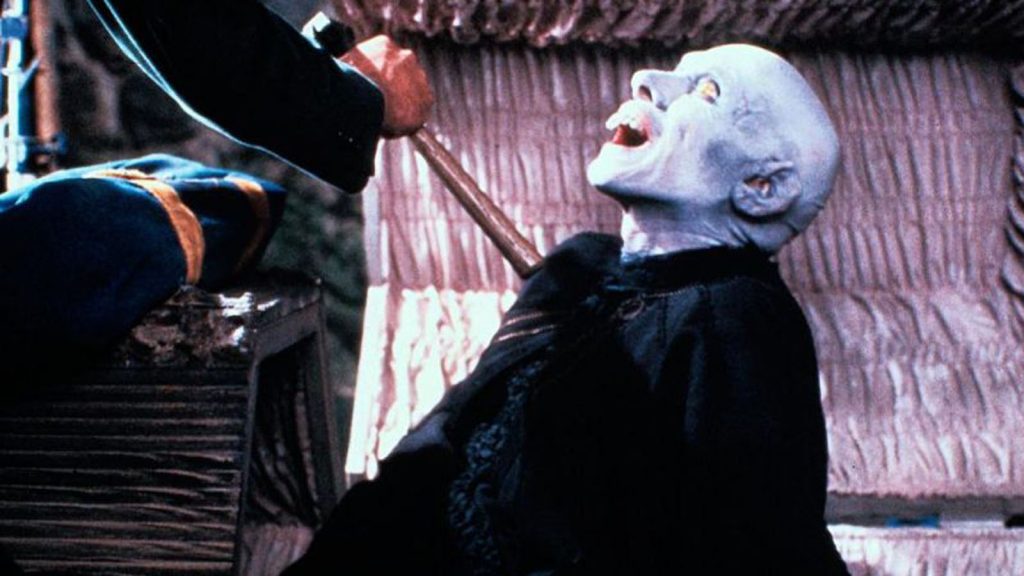 Its Secrets, Its Tendrils

A young horror-seeker found his dark pleasures in classic monsters, Salem’s Lot, and the art house—and the search goes on.

Horror stories know something that other stories don’t. William S. Burroughs named his book Naked Lunch after that “frozen moment when everyone sees what is on the end of every fork.” 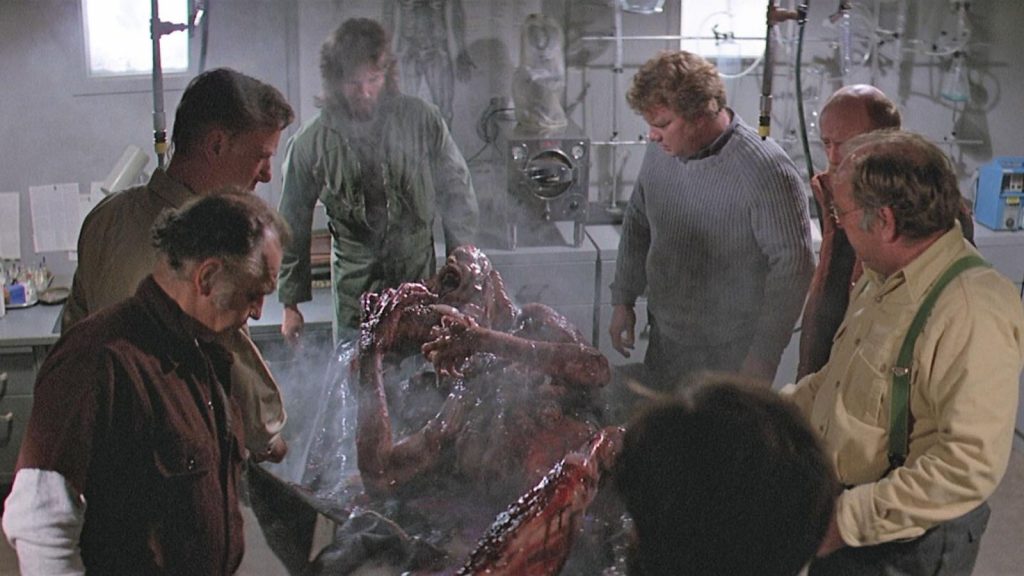 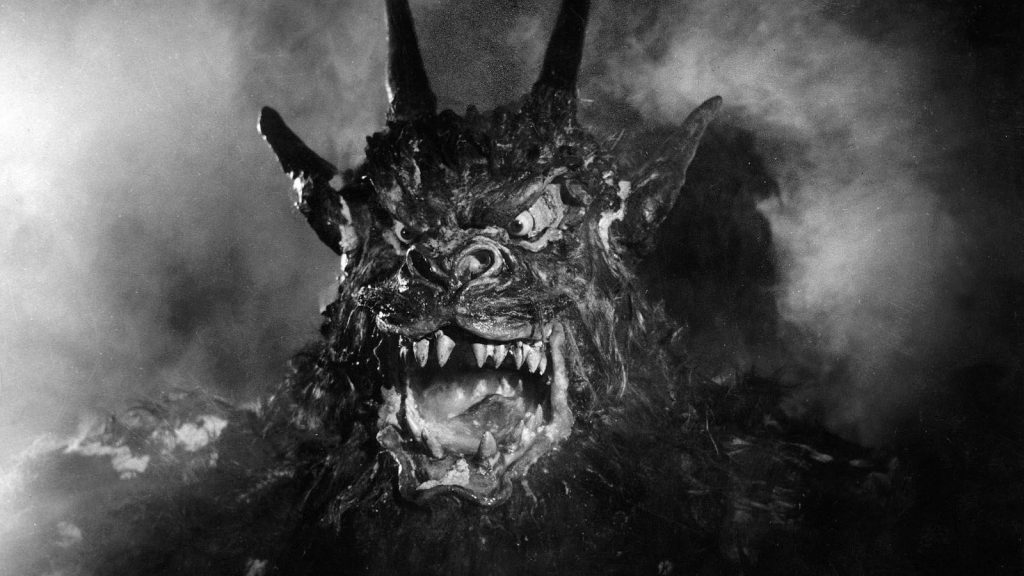