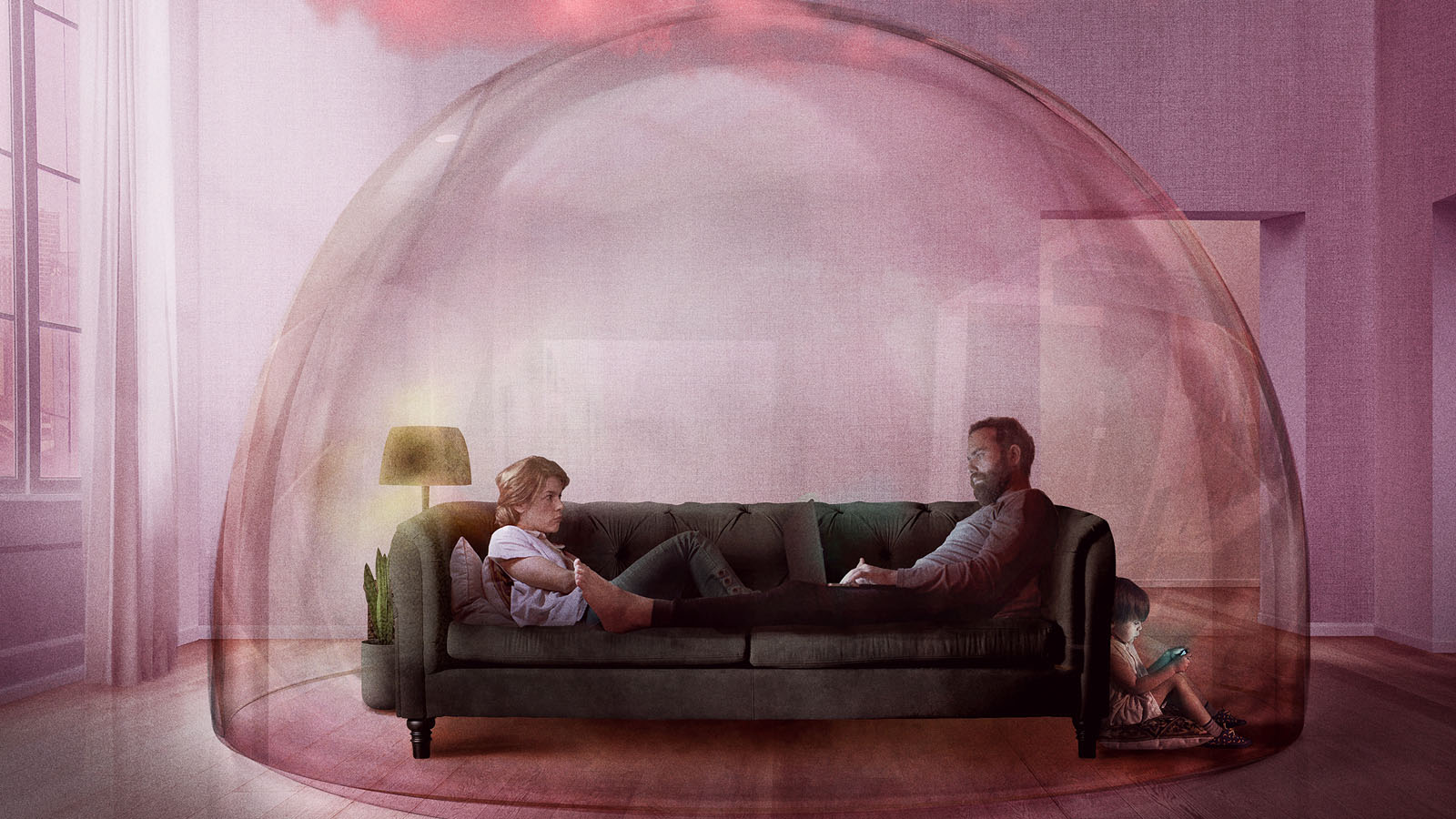 Brazilian writer-director Iuli Gerbase’s debut feature begins with the whole of humanity being forced indoors by a pervasive vapor as deadly as it is seemingly innocuous. As days, weeks, months pass with no indication of when the rose-colored threat will recede, prolonged universal quarantine gives rise to a mental-health crisis: those living in isolation struggle against debilitating loneliness, while many sequestered with others develop deep resentments or outright homicidal fantasies. The bulk of interactive experience is moved onto the internet; previously in-person services are offered remotely via video call while supplies arrive through delivery tubes suction-cupped to citizens’ windows. Young couples—out of boredom, lust, or a desire for some semblance of domestic normalcy—start families, bringing new life into the confines of individual homes, while the larger world is knowable only as something seen through the safety of sealed windows or as an abstraction rendered on screens.

That the core premise of The Pink Cloud seems prescient in hindsight has not gone unnoticed. The eagerness of the filmmakers to announce the story’s unanticipated timeliness is writ large in the film’s opening title card, which informs us that the screenplay was completed in 2017 and photography completed in 2019, months before the WHO declared a pandemic. Yet the same vantage point that prompts us to marvel at the film’s eerie resonances also lays bare its paucity of imaginative rigor. Perhaps The Pink Cloud would have benefitted from being made after the pandemic, rather than before. 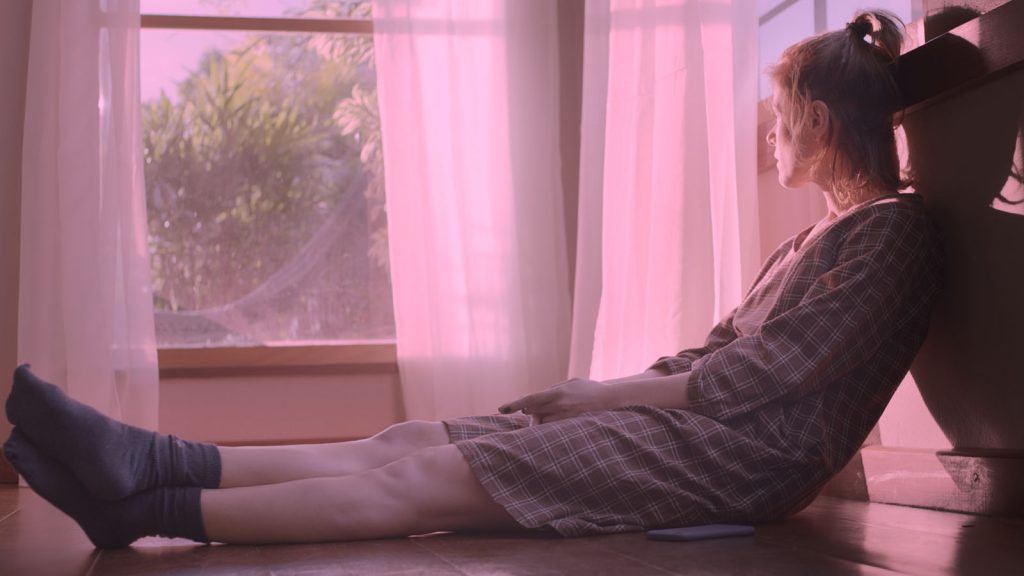 The Pink Cloud is, in essence, a high-concept chamber drama: scenes from a common-law marriage unfolding within the bounds of a very sketchily drawn sci-fi conceit. The morning after their first date and subsequent al fresco consummation, affluent thirtysomethings Giovana (Renata de Lélis) and Yago (Eduardo Mendonça) wake to news of a mysterious airborne toxic event, an air-raid siren, and a loudspeaker instructing all citizens to get inside immediately. The pair enter Giovana’s home, unknowingly subjecting themselves to a huis clos scenario that will persist for years. Their initial compatibility withers as their differences emerge. Giovana has no interest in parenthood, while Yago believes that raising a family, even in dire circumstances, is a fundamental element of human experience. On this front, Yago gets his way. He also insists on seeing the bright side of life under the cloud, while Giovana can only endure this catastrophe by embracing role-play or spending hours every day submerged in the addictive embrace of virtual reality. As their child grows, with no firsthand knowledge of another way of life, he inevitably assumes his father’s attitude. But this is ultimately Giovana’s story, and it is her creeping despair that infuses the film’s third act.

As a parable of long-term love or critique of domestic claustrophobia, The Pink Cloud is not without insights. De Lélis and Mendonça give vulnerable, finely graded performances, their nuances carefully apprehended by Gerbase’s attention to physical and spatial dynamics. Indeed, Gerbase does a remarkable job of maintaining audiovisual interest while having to shoot every scene in the same apartment. Of course, it helps that this apartment has two enviably spacious floors, just as Giovana and Yago’s ability to survive this ongoing apocalypse is greatly aided by their apparently inexhaustible finances, by the benevolence of endless internet access, and by their government’s bottomless supply of food, medicine, and essential services. You needn’t be a pedant to start wondering how exactly civilization in The Pink Cloud is sustained, how agriculture, waste disposal, and energy production, to name a few, can possibly continue when no one can go outside. Underscoring all these questions is the larger issue of class: what exactly are the working class and poor—i.e., the majority of the human race—doing during all this? Gerbase clearly did not set out to make a film grounded in world-building, but her premise, presented as realism, rather than fable, can’t help but yield such queries and thus feels like a missed opportunity to get below the surface of an unnervingly familiar scenario. 🩸 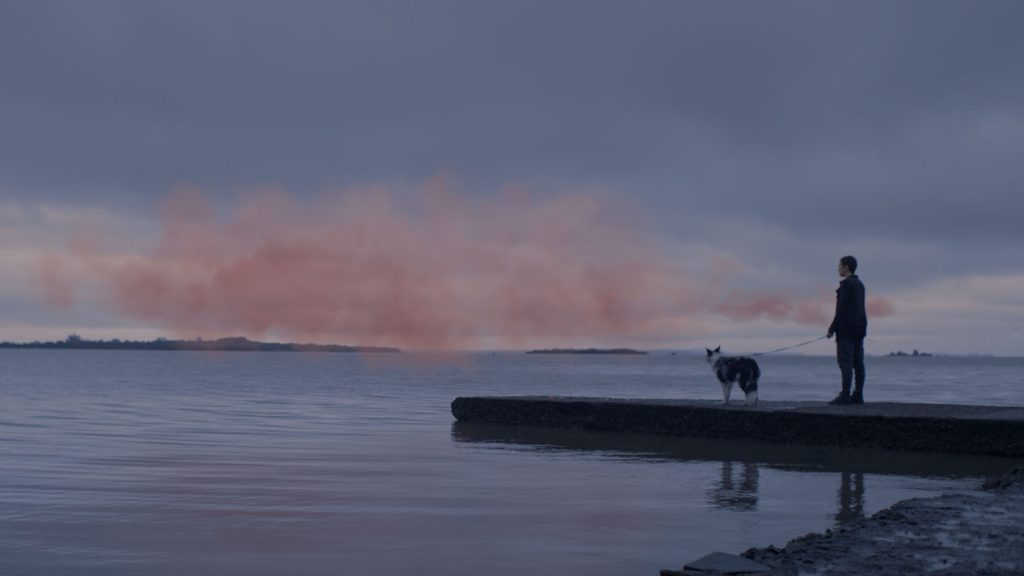 How to see The Pink Cloud 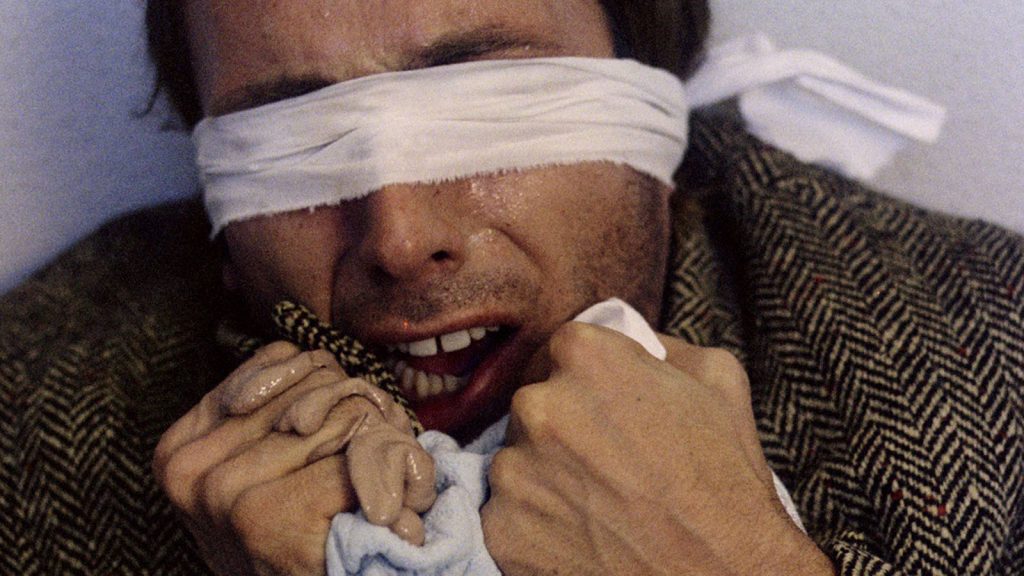 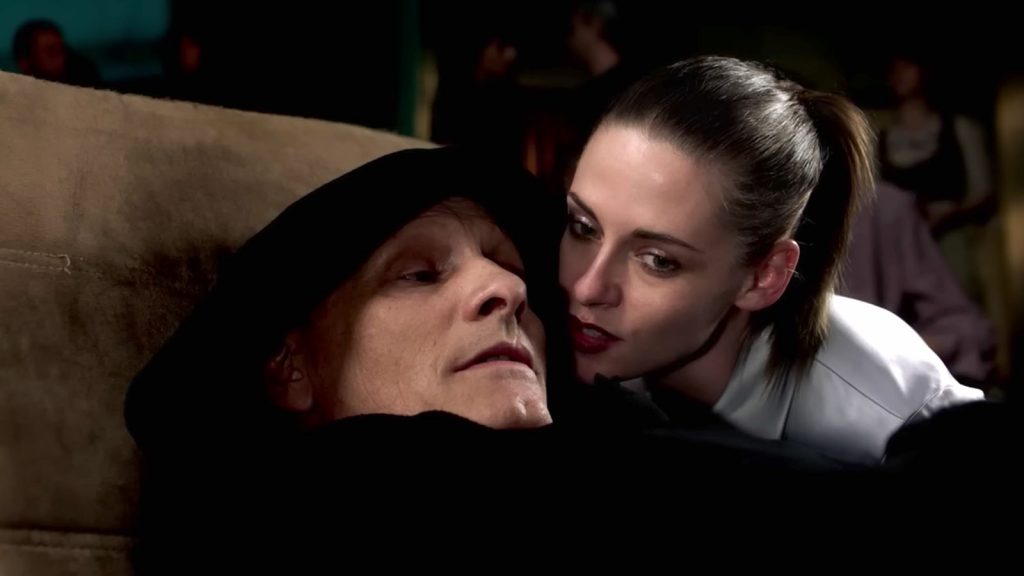 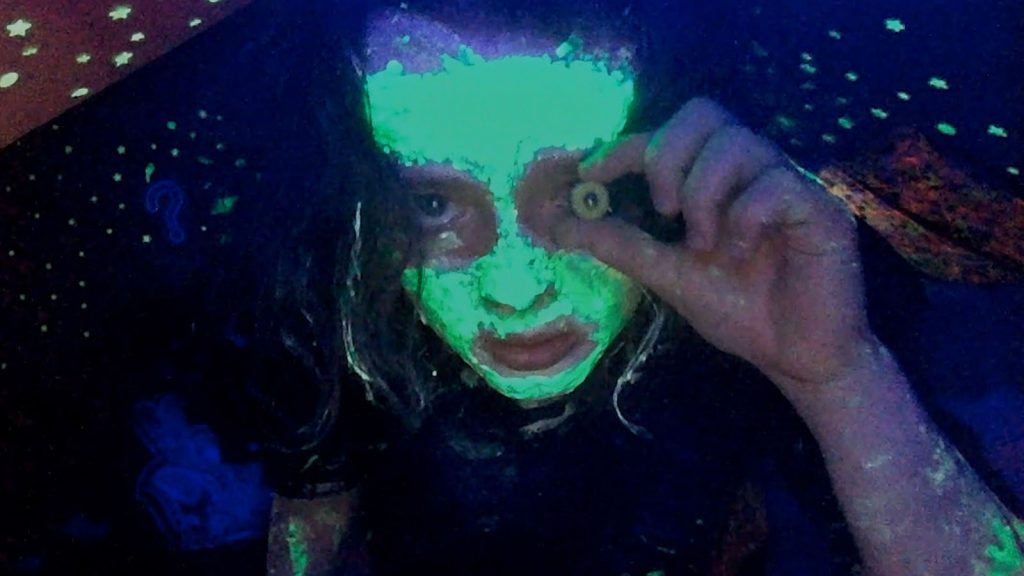 I haven’t seen Jane Schoenbrun’s first feature, a 2018 documentary entitled A Self-Induced Hallucination. The film’s IMDb page offers a teasingly terse synopsis: “It’s about the internet, and it’s quite strange.”