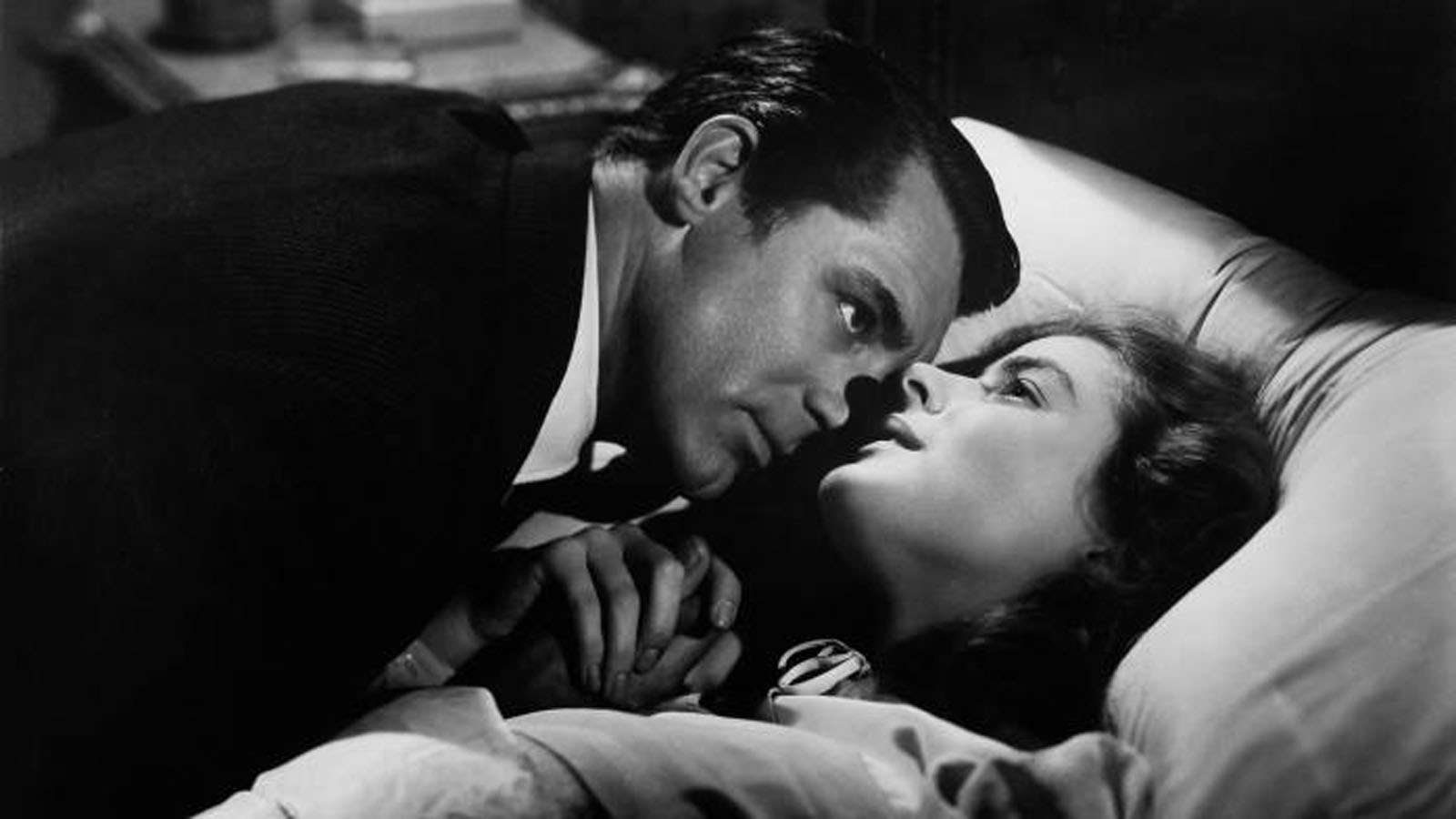 Uniting his powers of visual storytelling and his understanding of human foibles, Hitchcock served up a top-notch melodrama and spy thriller with Notorious. After making short films on behalf of the British war effort and helping to compile footage of concentration camps for a documentary, Hitchcock was doubtless preoccupied with the horrors perpetrated by the Nazis when he began working on the outline for Notorious’s script in 1944, while WWII was still ongoing and the general public had no inkling of the atom bomb.

Featuring very little of the director’s signature sneaky humor, Notorious opens in postwar Miami, where the father of Alicia Huberman (Ingrid Bergman, in her second of three Hitchcock efforts) is convicted of treason. That same evening, Alicia throws a party to drown her sorrows and meets the handsome T.R. Devlin (Cary Grant), an FBI man convinced that she—despite a German background and notorious party-girl reputation—is just the woman needed to carry out a spy mission in Brazil. In Rio, as the two are falling in love, it’s revealed that Alicia’s assignment is to seduce Alexander Sebastian (Claude Rains), a Nazi refugee who has always been sweet on her. The lovestruck Alex is an easy target, and the words “he wants to marry me” have never sounded more ominous.

Once the action moves inside Alex’s house, it becomes clear that the most terrifying Nazi of all is his domineering mother (Leopoldine Konstantine), who mistrusts Alicia from the get-go. The suspense builds quickly, and as Alicia and Devlin wrongly believe that the other doesn’t return their feelings, the pair’s torturous debriefings become another kind of horror, no less tense. The story builds to an especially nerve-wracking scene in a wine cellar, which sets in motion a plot devised by Alex and his mother to slowly poison Alicia, so their Nazi cohorts won’t know they’ve had a spy in their midst.

The casting of the ultimate debonair movie star Cary Grant as Devlin is essential to the film, because what other actor could be more easily forgiven for pushing the lovely Ingrid Bergman into wedlock with a Nazi? Grant was meant to play a heavy in 1941’s Suspicion, his first of four Hitchcock collaborations, but because RKO insisted on his character’s redemption and the film’s ending was rewritten, Notorious is the closest they ever came to realizing that idea. The nuanced performances by the film’s two leads were ignored by the Academy, as were the Hitchcock’s mature direction and Ted Tetzlaff’s stunning black-and-white cinematography (his final DP credit before moving on to directing), but both screenwriter Ben Hecht and the superb Rains, who brings shades of sympathy to his villainy, were nominated for their contributions. Notorious was another box-office hit for the filmmaker following the success of Spellbound in 1945. And between the time of writing the movie and its release, the entire world had learned of the devastation caused by an atomic bomb, which elevated uranium to the scariest of all of Hitchcock’s MacGuffins. 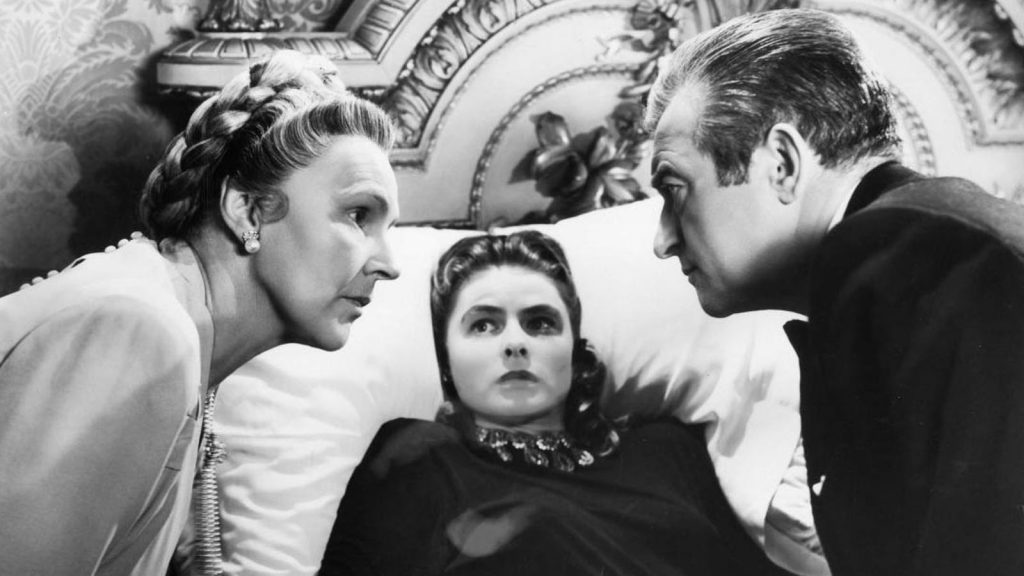 How to see Notorious

The film has also been available in various DVD and Blu-ray single and box-set releases, and, most recently, The Criterion Collection’s beautiful editions. 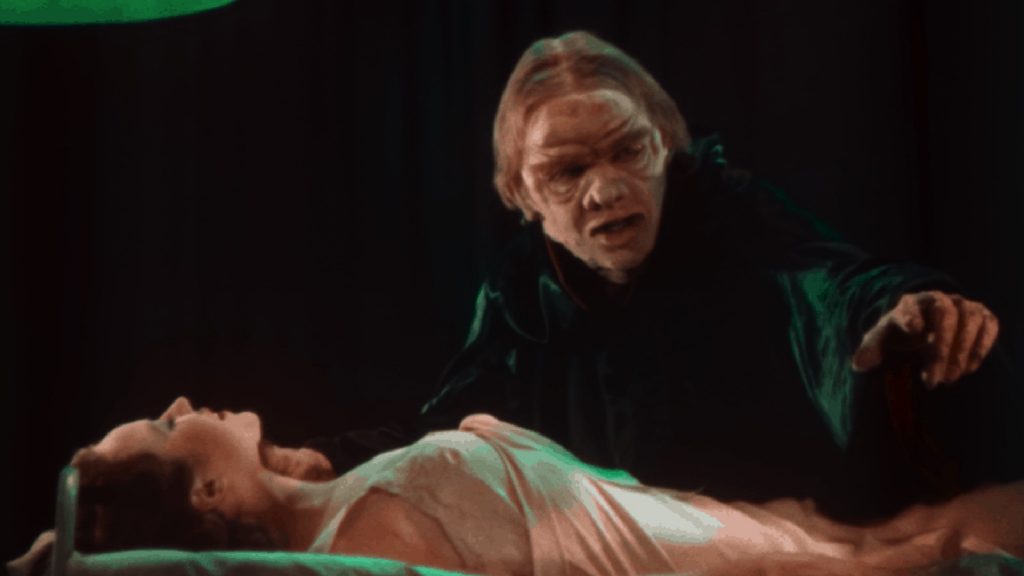 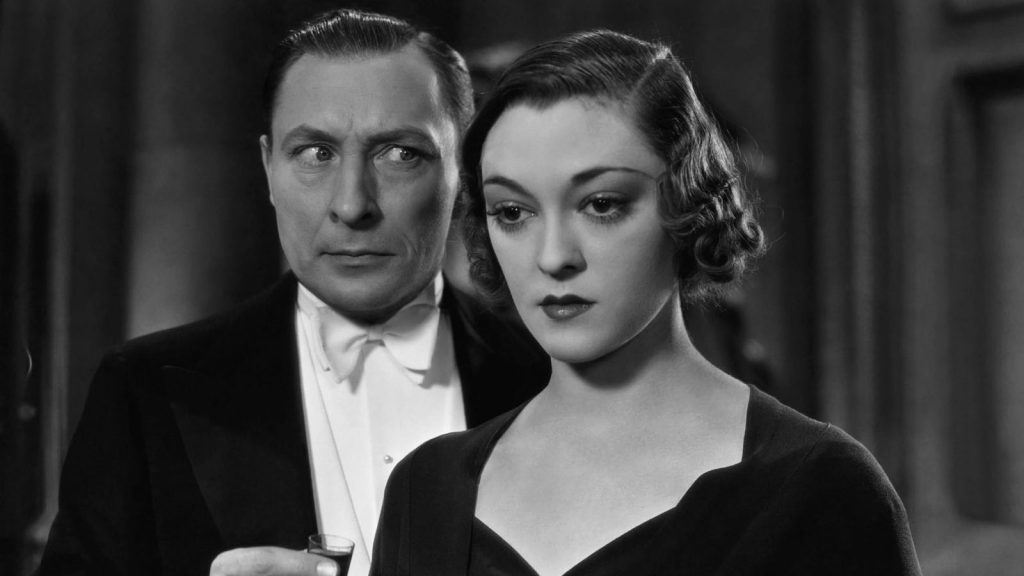