A deep dive into the world of James Wan and Leigh Whannell’s Insidious, one of the more complex, mystically minded horror franchises.

Last night I watched myself sleep then I flew away, a young boy named Dalton writes in crayon shortly before his spirit leaves his physical body and becomes prey to a horde of demons and ghosts in a dark realm called The Further. The Insidious franchise features all manner of horrors, psychological, spiritual, phantasmagoric, and weird. Often, the monsters encountered look like garish cartoons come to life, whether red-faced half-goat goblins or greasepaint-slick living dolls. The trials its characters face sometimes border on the cruel. But it’s this line, which appears in the first film beneath a drawing of Dalton flying in the night sky like Superman, that chills me most. It communicates something that would be impossible to visualize convincingly in a movie: a fantastical memory accepted easily and seriously as only a child can, and one that, in this franchise’s context, signals the presence of dangerous, evil-beckoning supernatural powers.

Insidious began with its first installment in 2010, a product of collaboration between director James Wan and writer Leigh Whannell, who together created the Saw franchise in 2004. While the latter property spawned numerous sequels that whet bloodthirsty appetites with escalating sequences of gore and torture, Insidious went in a far more esoteric direction. Astral projection, possession, cross-dressing serial killers, seances, paranormal investigators—the franchise is a grab bag of horror tropes and archetypes idiosyncratically melded into a story about where we go after we fall asleep. Of course, given that franchises extending past two or even three movies usually diminish in quality, it’s worth saying that the “good” ones, Insidious and Insidious: Chapter 2 (2013) are where the series excels and where most audiences can feel comfortable stopping without missing much. But, for the fans, each offers something respectably stranger and more disturbing than half the major horror releases that come and then disappear each year.

In the first film, we meet Dalton’s family, the Lamberts, whose world is turned inside out when Dalton slips into a coma. The Lamberts are the definition of a typical family, at least in movie terms, and they’re a narrative black hole that the franchise continually references in the movies where they aren’t the main characters. Josh (Patrick Wilson), the husband and father, works as a teacher, while Renai (Rose Byrne) stays at home with their two boys and infant daughter. When the family moves into a new home, things begin to go bump in the night, but not before the audience is introduced, via a hazy black-and-white opening shot, to what may be the closest thing the Insidious movies have to a main villain: The Bride in Black; more on that later.

Dalton is comatose for over three months and science can’t seem to figure out why. Josh has been making lame excuses to stay late at work each night, avoiding the turmoil in his home seemingly without reason (to his wife), but clearly (to the audience) because he’s avoiding the emotional turmoil. Meanwhile, Renai fields mysterious happenings. She hears voices over the baby monitor. She sees a man in a black trench coat pacing outside her bedroom. She sees a child dressed in mid-20th-century clothing dancing in front of the record player. Of course, the assumption is ghosts, or, as Josh briefly believes, hysteria. But Insidious turns a neat corner here.

When the Lamberts consult psychic Elise Rainier (Lin Shaye), the franchise’s superhero, we learn that ghosts are only half the story. Dalton has the ability to astral project and, as Elise explains, because he’s been doing so in his sleep, he brushes off his encounters as dreams. There are hundreds of realms that can be traveled to this way, but Dalton has wandered too far, into a place called The Further, home of dead souls and malevolent beings that were never human to begin with. The entities that have been plaguing the family home are dead, yes, but they aren’t the souls of people who once lived there. Instead, like vultures circling carrion, they’re ghosts drawn to Dalton’s empty body.

The strangeness of this narrative choice is left mostly to dialogue. Across the four installments thus far (Patrick Wilson is set to make his directorial debut with the fifth), Wan and Whannell shy away from illustrating the process of astral projection beyond simple, deliberately low-budget methods. Those who have this supernatural ability simply step out of their dormant bodies and find themselves in The Further, a kind of photo negative of the real world, where a constant layer of fog permeates the ground and passage can only be gained via lamplight. The Further is an all-purpose realm. It acts as a chthonic mass grave and also a conduit of memory. In Insidious: Chapter 3 (2015), we see souls trapped in environmental loops pertinent to the circumstances of their deaths. A young woman stands in the doorway of an apartment, the background behind her a nighttime street in the pouring rain. In Insidious: Chapter 2, we witness the painful origins of The Bride in Black, who is really the twisted soul of a serial killer named Parker Crane, played out like warm home videos.

The unsettling, often hallucinatory world of The Further is almost always entered or exposited via Elise, who takes over the franchise as the main hero after Chapter 2. This is the real strength, and lasting badge of honor, of the Insidious movies. Lin Shaye, a veteran scream queen of the highest order whose turn in A Nightmare on Elm Street underlines the clear influence (terror found in dreams) that film has on the Insidious franchise, imbues Elise with a sense of divine purpose mixed with doubt and anguish. As a lead in films 3 and 4, she treads lightly but confidently, especially during long scenes of exposition that would make next to no sense if read on a page. Because of this, Shaye is often the only actor in the cast of the latter films who feels at ease with what they’re saying and what it means. Wan, who stepped back into a producing role following Chapter 2, and Whannell, who has written the first four screenplays, chose to keep Elise as a prominent, essential component of the series, knowing, perhaps, that after the Lamberts’ story had ended, no other family or new character would be nearly as interesting.

And, much as I love these movies, this is the sad truth about them. Installments 3 and 4 are the fun type of bad, at least, but they fall frustratingly short of the narrative and visual heights reached in the first two. The Lamberts, and their deep connection with Elise, provided such clear, firm ground for a self-contained duology that it feels like a betrayal to follow anyone else. Whannell, who directed Chapter 3, and Adam Robitel, who directed Insidious: The Last Key (2018), don’t have the same directing chops as Wan, who understands the line between bad acting and melodrama, between tension and tedium, between enjoyably excessive and cheaply over-the-top. In Wan’s absence, what’s left is the originality of the core idea, which manages to elevate even the most rudimentary of scares into something with depth and resonance. A lot of good will has been extended because of the first two films, enough for Wan’s muse, Patrick Wilson, to hang his hat on a first-time directing gig in the future. But it’s more than that. One has to believe the reason the franchise isn’t toast is because Insidious presents a rich world filled with so many interesting bits of mythology that, with the right characters, there’s no reason to say no to stepping into it again. Where we go in our dreams, and where we go when we die, are fruitful questions that are nonetheless often mishandled with literalism and a lack of imagination. Insidious takes glee in the hilarious and frightening areas of that conversation, with vivid monsters and just enough sincerity to understand that its creators care and want you to care
as well. 🩸

is a writer from Las Vegas. His writing has appeared in The Believer, Reverse Shot, Bright Wall/Dark Room, Vulture, and Film Comment, among other publications.
He is a columnist at Gawker.

How to see The Keep

The Keep has never been available on DVD in the U.S.; its soundtrack is sold as part of a 10-CD box set. 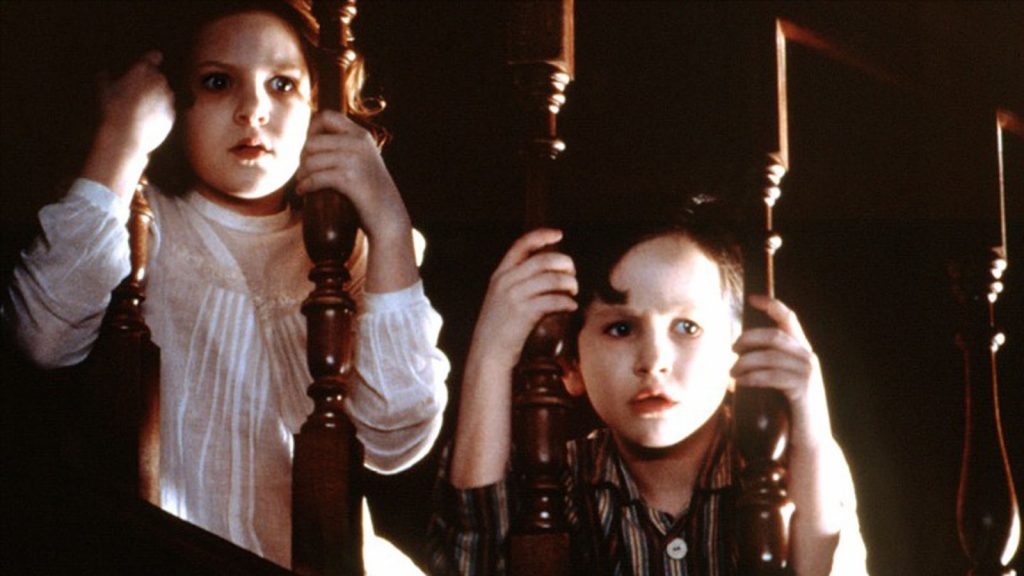 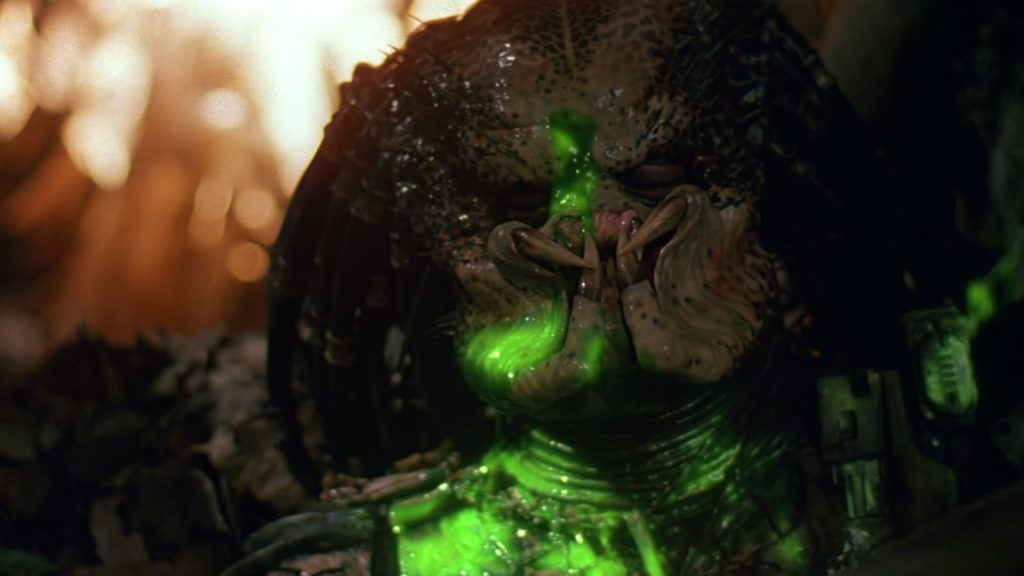 The Evolution of Predator

After four canonical films and two offshoots, the indomitable series returns to glory with Prey.

Of the many recurring horror villains, Freddy Krueger is famously distinguished by his crispy face and razor claws, Jason Voorhees by his hockey mask and machete, and Leatherface by his human-flesh mask and chainsaw. 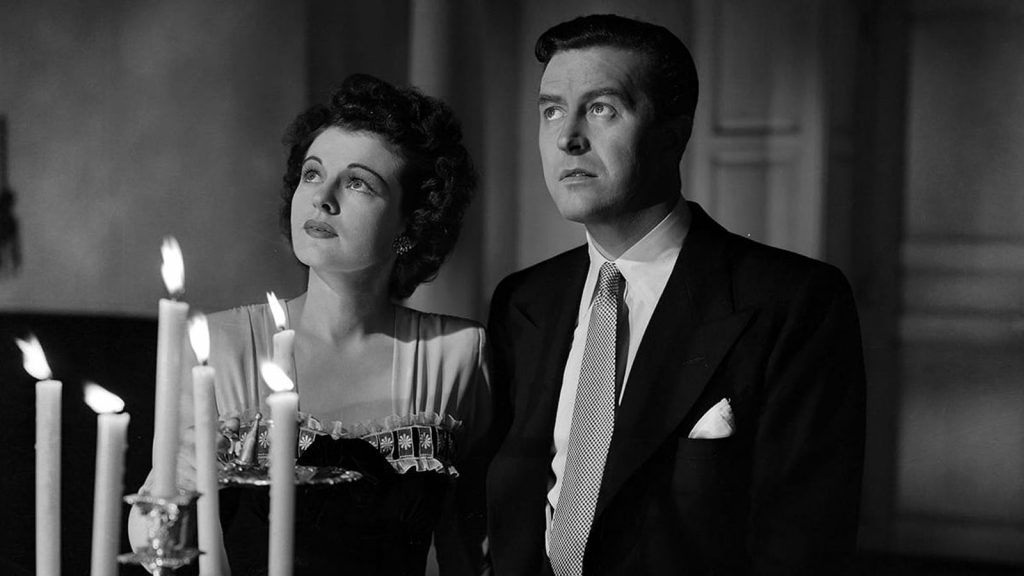